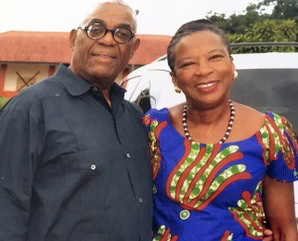 Former President of Central State University John W. Garland and his wife, Carolyn Farrow Garland, have established the John W. Garland and Carolyn Farrow Garland Non-Endowed Fund through the African-American Community Fund (AACF) of The Dayton Foundation. With an initial gift of $51,000 from the Garlands, the fund will provide financial support to Central State University (CSU) to assist with supporting student academic financial needs, the endowed chair named in honor of Mr. Garland and CSU community engagement activities, among other interests of the donors.

After serving as president for 15 years (1997 to 2012) and living in the Dayton area for more than 20 years, the couple relocated to their adopted hometown of Washington D.C., and want to give back to the university and city that impacted their lives. Their desire is for their gift to encourage alumni and other supporters of CSU to do the same.

“We believe the African-American community in the Greater Dayton area is a vibrant caring community, and The Dayton Foundation and African-American Community Fund are strong supporters of efforts to maintain that vibrancy and caring culture,” said Mr. Garland. “This area is home to the largest number of alumni and supporters of Central State University. Alumni support is critical as it creates a giving point of reference for current students, sets the example for alumni and supporters, and provides financial backing for academic and non-academic activities that are not financed by the state.”

Central State University is Ohio’s only publicly funded Historically Black University and one of the oldest in the nation. The institution has ranked among the top 50 Historically Black Colleges and Universities in the country over the past two years, and in 2017 was named HBCU of the Year by HBCU Digest in Washington, D.C.

“Central State is a powerful contributor to the Greater Dayton area and has been since 1890,” said Garland. “HBCUs, in general, have educated the vast majority of teachers, especially in the South, and continue to provide higher education opportunities for the majority of African-Americans who are the first generation in their families to attain college degrees.”

The John W. Garland and Carolyn Farrow Garland Non-Endowed Fund will join more than 180 current and deferred funds under the umbrella of the AACF that support causes and interests benefiting the African-American community. AACF currently has funds with assets totaling more than $6 million. Since the fund’s inception, more than 3,000 grants exceeding a total of $4 million have supported such efforts as sickle cell awareness, nutrition programs for homeless children and mentoring programs for urban youth. Additionally, $565,800 in scholarships have been awarded to help 400 students further their education. A listing of AACF funds can be found at www.daytonfoundation.org/aacfunds.html.

Additional information about the African-American Community Fund can be found on its website at www.aacfdayton.org , by e-mail at aacf@daytonfoundation.org or by calling The Dayton Foundation at 937.222.0410. 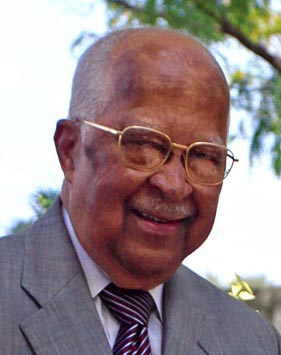 The Foundation’s African-American Community Fund is reaching out and instilling the importance of giving something back to your community. – John E. Moore, Sr. emeritus Governing Board Member and Foundation donor