This article is reprinted from the Dayton Business Journal. Visit bizjournals.com to read the original version of the story.

Tuesday marked the one year anniversary of the Oregon District mass shooting, which left nine dead and dozens wounded. Since then, the city has been in rebound mode.

“I’ll never forget it,” said Ohio Governor Mike DeWine, as he reflected to the Dayton Business Journal’s news partners, Dayton 24/7 Now. “I’ve never seen anything like this and I won’t forget it as long as I live.’ 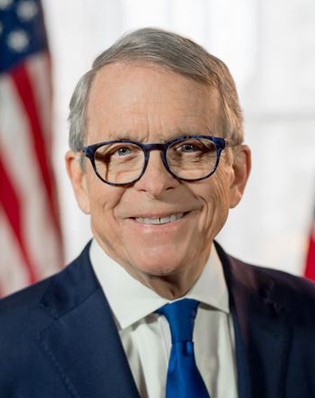 Many demanded for gun reform following this tragedy, and two months after the shooting, DeWine put a bill into motion. The governor’s "Strong Ohio 17-Point Plan” focuses on protecting Ohioans by giving private gun sellers an avenue to do background checks and allowing police to have up-to-date information in their systems, among other initiatives.

The bill hasn’t had a hearing since December, which the governor said was disappointing. But, he said this bill is still in focus, as he’s eager to work with new Speaker of the House Bob Cupp to revisit this initiative.

Dayton Mayor Nan Whaley said there’s been difficulties, but signs of beauty following this tragedy. That’s been seen through the city’s advocacy for gun control and the community coming together in support.

“Dayton’s focus has been to never give up, and that work has been impressive,” she said.

Less than 12 hours after the shooting, the community sprung into action. One of the first initiatives was led by The Dayton Foundation, which established the Oregon District Tragedy Fund. President Mike Parks said his team knew they needed to provide a safe way for the community to make charitable gifts to help individuals most impacted by the event.

“Gifts from greater Dayton, across Ohio and around the world started to pour into the fund,” Parks reflected. “While those gifts couldn’t replace a life of a loved one or heal the victims’ wounds, they expressed the compassion and support of the greater Dayton community, our nation and world.”

Back in November, the fund totaled to $3.8 million. The fund’s community oversight committee approved the fund’s distribution to 47 applicants who were impacted by the tragedy.

The fund will remain open to accept donations until Sept. 30. After that date, all remaining assets will be distributed as gifts to the previously approved applicants. Donations received after Sept. 30 will be donated to Dayton Children’s Hospital for pediatric mental health services.

At the request of Dayton Police, the county also set up the Family Assistance Center at the Dayton Convention Center. Montgomery County Board of Alcohol, Drug Addiction and Mental Health Services provided support for family and community members who needed supportive services in the wake of the shooting. 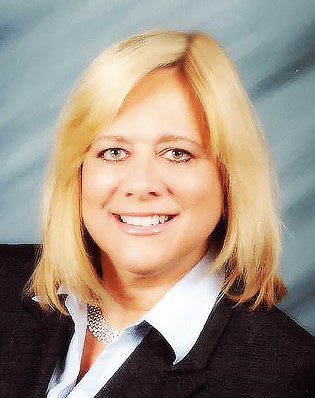 “The mass shooting in the Oregon District was one of the most unexpected and heart wrenching tragedies our community has ever faced,” said Montgomery County Commissioner Debbie Lieberman. “While we have seen mass shootings across our nation with alarming frequency, it’s hard to imagine it happening to your hometown until it does. Now that we look back over the past year, it’s important to remember what we have accomplished and focus on what work remains.”

As the community reflects on this tragedy, another hardship has come to light - the Covid-19 pandemic. Lieberman believes Dayton is better prepared to handle the pandemic because of the challenges the region faced in 2019.

“We have better collaboration and cooperation between government, business and nonprofits than ever before,” she said. “We’ve been able to mobilize resources and services much faster and more efficiently than communities facing similar changes.”

To help nonprofits at the forefront of providing services to the community’s growing needs, The Dayton Foundation and United Way of the Greater Dayton Area established the Covid-19 Response Fund for Greater Dayton. This fund - in partnership with a coalition of philanthropic, government and education organizations - has grown to $1.83 million in contributions. So far, $1.2 million has been awarded in grants to local nonprofits for basic human needs, such as food, housing and mental health services.

“With each successive event - tornadoes, mass shooting and now the Covid-19 pandemic - our community has dug deeper to show their compassion and concern for our neighbors in need,” Parks said.

“The city has shown resiliency and no matter what, it fights for our people and takes care of each other,” she said.

“Gifts from greater Dayton, across Ohio and around the world started to pour into the fund. While those gifts couldn’t replace a life of a loved one or heal the victims’ wounds, they expressed the compassion and support of the greater Dayton community, our nation and world.” – Michael M. Parks, president of The Dayton Foundation