HENRY A. GARCIA FUND:
Investing in the Future of Our Children 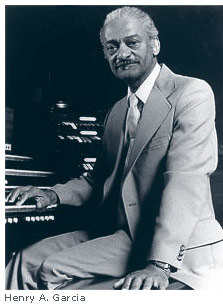 "You should never stop learning. That’s what keeps you young," said Henry Garcia, a former professor of music at Wilberforce and Central State universities and a local organ enthusiast who died at age 84.

When Garcia was looking for a way to preserve his love of learning and find an outlet for his charitable interests, he came to The Dayton Foundation. Garcia chose an endowment fund to support students in the music department at Wilberforce University by providing scholarship assistance for tuition, housing or educational expenses. The fund is named the Henry A. Garcia Fund and is a member of the African-American Community Fund family.

Education was a value instilled early in his life by his father, Howard D. Garcia, a former minister. Music proved to be the young Garcia’s passion.

"I started playing the organ at my dad’s church when I was in the ninth grade," he said. Because Garcia also wanted to teach, he earned a bachelor of education degree from The Ohio State University. He accepted a teaching position at Wilberforce University, but by the mid-1940s, his strong desire for knowledge led him to apply to an Ohio music conservatory.

"They wouldn't accept me, because I was black," he said. "I appealed to the National Association for the Advancement of Colored People, the Urban League and even the State Attorney’s office for their support."

Four years of writing letters and making appeals finally paid off. Garcia was accepted into the conservatory, graduated in 1953 and was given a master of music literature and organ degree. "I was the first black student to graduate from that conservatory," he said.

His purpose for establishing the Henry A. Garcia Fund is clear: "When you go through what I did to get an education, you don't want to see it happen again to another young person," he said. "Everyone has the right to an education. I'm happy to do what I can through The Dayton Foundation to preserve this right."

For recent news and updates about The Dayton Foundation, read our press releases on line. 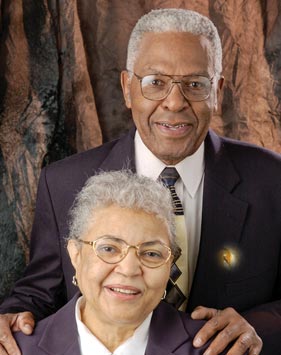 “We have a responsibility to help others become successful, contributing members of society. The best way for us to do this is by being good stewards and role models for children, particularly through our churc. Our Dayton Foundation funds help us to do this.”
– Leanora and Orlando Brown, donors since 1996.