From an initial $250,000 donation in 1921, to managing $1 billion in assets today, The Dayton Foundation is upholding the dream of our founders – to make our region a better place to live, now and in the future

The History of The Dayton Foundation

In 1921, visionary thinking and caring individuals took one big idea – to help individuals find a way to have their charitable wishes stand the test of time – and made it a reality.

The idea blossomed into The Dayton Foundation. The individual behind the idea was D. Frank Garland. The family with the means to realize the dream was the Pattersons.

The mission of The Dayton Foundation: We help you help others℠ through philanthropy and community leadership.

From an initial $250,000 donation by the Patterson family, to $818 million in assets as of 2021, The Dayton Foundation is upholding the idea and the dream that D. Frank Garland and John H. Patterson laid forth. That dream was to help individuals achieve their charitable goals and make our region a better place to live, now and in the future.

For more about the founders of The Dayton Foundation, click here.

What’s your charitable dream? Click here to find out how we can make this dream a reality.

Over the last 30 years, a diverse Governing Board, knowledgeable staff and caring donors and volunteers have lead us to extraordinary growth, resulting in a substantial impact on the community we now serve. 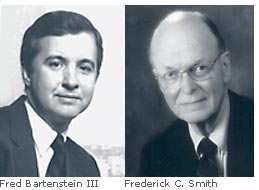 At the forefront of this growth was former Governing Board Chair Frederick C. Smith (1979-1989) and the Foundation’s first full-time director, Fred Bartenstein III, who served the organization from 1983 to 1992. Along with such Governing Board members as Richard F. Glennon, Sr., Anne S. Greene, John E. Moore and Jesse Philips, they began a new legacy of great accomplishment for The Dayton Foundation.

They brought the Foundation from relatively low-key beginnings to a full-service, modern community foundation that is highly regarded locally and nationally. The Foundation undertook leadership initiatives to provide new service options and programs that would fully engage and benefit the entire Greater Dayton Region.

Click here for key accomplishments during the Bartenstein and Smith years. 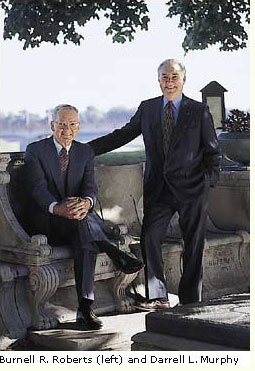 In 1991, Darrell L. Murphy joined the Foundation as its second president and served until his retirement in 2001. With the support of the Governing Board, Murphy helped The Dayton Foundation become one of the more progressive and innovative community foundations in the country.

Leading The Dayton Foundation in its current phase of service to the Greater Dayton community is Michael M. Parks, president of The Dayton Foundation since 2002. Through a comprehensive strategic planning process completed by the Governing Board and Parks, three primary goals have been identified for the Foundation. These goals include:

Read more about the Foundation’s history in A Force for Good: 100 Years of Momentum. The Dayton Foundation’s History Booklet. 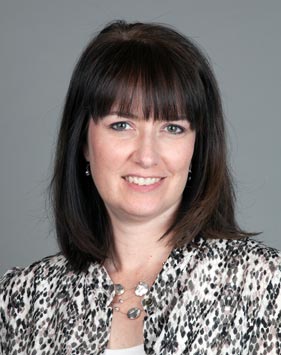 “We’re here to help you help others in the Dayton Region and beyond.” – Chris Smith, vice president, Marketing and Public Relations, (937) 225-9958