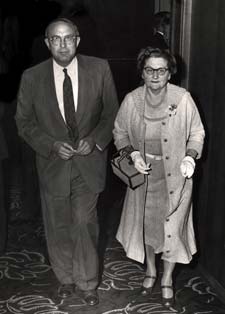 When The Dayton Foundation received $3.7 million from Edward L. and Esther B. Kohnle’s Charitable Remainder Trust, the community gained more than the largest, realized, unrestricted Dayton Foundation legacy gift to date. The region was the beneficiary as well of the last wishes of two honored citizens, known for their civic leadership, their dedication to Dayton and their giving spirit.

Edward Kohnle was the former chairman and president of Monarch Marking Systems, which later merged with Pitney Bowes Inc. Esther Kohnle was a former school teacher and an active volunteer. She was president of The League of Women Voters, the College Women’s Club and Dayton Woman’s Club, author of Never Dies the Dream, the story of Monarch Marking, and acted as purchasing agent at Monarch when her husband served in World War I. Edward Kohnle passed away in 1987; Esther Kohnle in 1982.

Edward Kohle was devoted to a number of charitable organizations, including the YMCA of Metropolitan Dayton, which named its highest volunteer award after him, the Boy Scouts of America, Junior Achievement and The Dayton Foundation. He served on the Foundation’s Governing Board from 1957 to 1973.

“Through his Governing Board service,” said Mike Parks, Dayton Foundation president, “he understood better than most the importance of unrestricted giving. The establishment of the Edward L. and Esther B. Kohnle Fund carries no restrictions on the gift and will provide the Foundation with the flexibility to address the greatest community needs at any point in time. We couldn't be more grateful and humbled by Esther and Ed’s trust in the Foundation.”

Former Foundation Chair Frederick C. Smith said of Edward Kohnle, “He believed in giving to the community, as well as to his business. I had the greatest respect for him. He believed in service-and he did it, taking on a number of community leadership roles. If he was approached with a problem, he would sit down and give you the time to talk it out. He had very high standards, was a respected leader and a real contributor to our region’s quality of life.”

Esther Kohnle was described by her grandson, Tom Kohnle, as remarkably bright, had very strong views and was very proper and kind. She earned a master’s degree, “basically unheard of for women at the time,” according to another grandson, Bob Kohnle. She was active with First Baptist Church, as was Edward Kohnle. When she disagreed with someone on an issue of importance, Tom Kohnle said, “she would let you know it.” An example was her opposition to then-Ohio Gov. James A. Rhodes for his position on the fluoridation of water. An example of her kindness and concern for others was exhibited in her service as a “Gray Lady” at the Veterans’ Hospital during World War II.

Edward Kohnle’s father played a big part in developing his sense of civic responsibility. He had said that his father once told him, “I want you to do all you can for our city. I know it will take a lot of time, but you have my permission.” This level of dedication was very much evident in both Edward and Esther Kohnle’s lives and in their legacy of the Edward L. and Esther B. Kohnle Fund. Their fund will continue to help their community long into the future and serves as a fitting last chapter to their devotion to Greater Dayton and its citizens.

To learn more about the Charitable Checking Account℠ Service or to open an account online, click here or call us at (937) 222-0410. 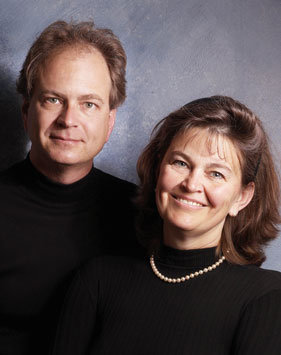 “We always hoped Uncle Will and Uncle Orv’s 1914 home would be open to the public on a limited basis as a way for people to access more of the Wright Brothers’ story. We are grateful to The Dayton for helping us to receive this generous gift from NCR Corporation.” – Amanda Wright Lane and Stephen Wright, on the gift of Hawthorn Hill to The Wright Family Foundation of The Dayton Foundation