From an initial $250,000 donation in 1921, to managing $505 million in assets today, The Dayton Foundation is upholding the dream of our founders – to make our region a better place to live, now and in the future

A Track Record of Effective Leadership, Stability and Results

The Dayton Foundation has a long history of collaborative community leadership, multiplying the impact of unconditional gifts made by donors who have placed no restrictions on The Dayton Foundation in regard to how their gifts may be used. The results are well documented.

Here are some examples:

1920s
In one of our first major leadership initiatives, The Dayton Foundation funded studies on the building needs of city schools and the city’s debt and an investigation into alleged mismanagement at the Montgomery County Board of Elections, accused of inefficiency and possible influence by the then-active Ku Klux Klan. This work prompted community support for improved accountability within the electoral process. 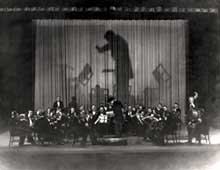 1930
The Foundation helped fund an organization that was to become the Dayton Philharmonic Orchestra. Today, Foundation funds continue to support their activities. 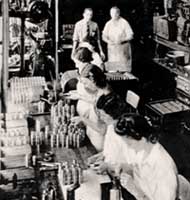 1930s and 1940s
The Foundation helped to ease the plight of those in need by underwriting free, public dental clinics during the Great Depression and after-school programs for children with parents at work in factories and the military during World War II. 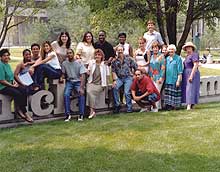 1961
The Foundation funded a study that urged Sinclair Community College to focus on student training in fields with the strongest employment prospects, ultimately securing the school's future at a time when its future was uncertain.

1985
Local businesses wanted to donate to Dayton's schools, but needed assurances that the money would produce meaningful results. The Foundation convened a response and created the Dayton-Montgomery County Public Education Fund (later called the Alliance for Education) to support education and strengthen math and science instruction in Greater Dayton. 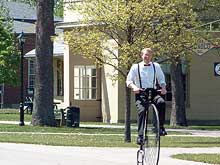 1986
Preserving the region's rich history for future generations, Carillon Historical Park, now part of Dayton History, became a subsidiary of The Dayton Foundation and was endowed by The Carillon Trust fund.

1987 to 1997
The Foundation helped lead in the community’s response to welfare and employment issues. Following the Foundation’s multi-year research and Self-Sufficiency Initiative, working on state and local levels to effect profound changes in the state welfare system, the Foundation formed a coalition of organizations to guarantee payment of a loan to enable the creation of The Job Center. Each day nearly 2,000 people are helped by the Center, which serves as the focal point for the region to help citizens gain employment and overcome barriers to economic independence.

Early 1990s
The Foundation launched the African-American Community Fund, a nationally groundbreaking model for the promotion of philanthropy by and for the African-American community. Today the fund houses more than 100 funds and represents a permanent financial resource for generations to come.

1993
The Preschool/Family Prevention Project, a collaborative effort involving The Dayton Foundation, was named one of 11 exemplary alcohol and drug prevention programs in the country. The program has helped thousands of children and families over the years and continues as part of the Dayton/ Montgomery County public health department. 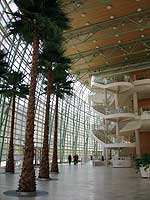 1999
Construction of the majestic Benjamin and Marian Schuster Performing Arts Center was in jeopardy. In addition to contributing $1 million, the Foundation provided backing for bonds to be issued, enabling construction to move forward. 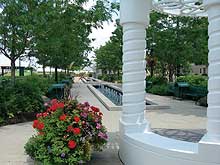 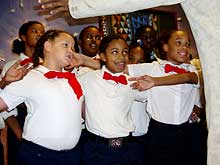 The Foundation helped preserve a piece of national history by facilitating NCR Corporation's gift of Hawthorn Hill, the Wright Brothers' 1914 home in Oakwood, to The Wright Family Foundation of The Dayton Foundation.

2007
In an effort to harness the resources of minority citizens to improve the economic fortunes of our region and create greater economic inclusion for all citizens, the Foundation entered into a groundbreaking partnership that produced the Commission on Minority Inclusion and the Minority Economic Development Council to forward the effort. 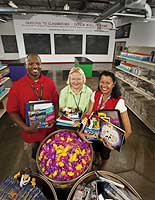 2008
An estimated 23,000 children in Greater Dayton cannot afford basic school supplies. The Foundation collaborated to start Dayton Crayons to Classrooms to help provide free educational supplies for students who cannot afford them, giving them a better chance of success in school.

2009
In the midst of the most severe economic downturn since the Great Depression, with many community nonprofits’ survival at stake, the Foundation convened partners to launch the Nonprofit Alliance Support Program. This pilot effort provides technical support to nonprofits ready to explore efficiencies through alliances, partnerships and/or mergers with other nonprofits to help ensure their long-term viability and the enhanced quality of life that they provide to our community.

A new initiative launched by The Dayton Foundation, the Greater Dayton Partners for the Environment is an alliance of environmental, government and civic organizations, and public and private educational institutions. Their goal is to protect, preserve, restore and promote the Greater Dayton Region's natural resources, including among them, the Great Miami River and Little Miami River Watersheds.

2012
The Dayton Foundation awarded $500,000 and provided support through the Nonprofit Alliance Support Program to ease the transition of the Dayton Ballet, Dayton Opera and Dayton Philharmonic Orchestra into the newly formed Dayton Performing Arts Alliance, a first-in-the-nation merger of three performing arts groups.

To help assure that all of Greater Dayton's children are ready to learn when they enter kindergarten and ready to earn when they graduate from college or other post-secondary institution, the Foundation adopted Learn to Earn Dayton as a leadership initiative and awarded $300,000 over three years.

To learn more about how you can help The Dayton Foundation address community needs such as these while expanding your capacity to help others with a Community Impact Endowment Fund, click here to read the Foundation's brochure, “Community Impact Endowment Funds: Have Real Impact for Good in a Rapidly Changing World,” or click here to visit our website page. 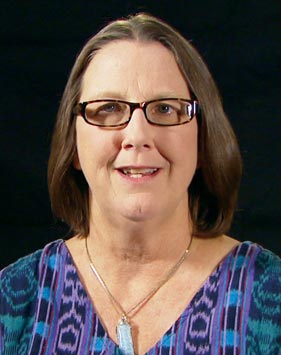 “The Greater Dayton Partners for the Environment, an initiative of The Dayton Foundation, means so much to the work of our organization as we struggle to protect our region’s diminishing farmlands and natural lands for today and for the future.” – Krista Magaw, executive director, Tecumseh Land Preservation Association