Greater Dayton has achieved a new milestone. The end-of-calendar-year numbers are in. For the first time in The Dayton Foundation’s history, Greater Daytonians have put the Foundation across the $400 million mark in assets-coming in at $401.8 million. In addition, the number of charitable funds established by donors and managed by the Foundation rose to 3,179 by December 31. Since the end of the year, the number of funds has continued to gain, to 3,216.

"This is a remarkable statement by Greater Dayton philanthropists," said The Dayton Foundation President Michael M. Parks. "Despite periods of economic uncertainty, charitable people in Greater Dayton have continued to show faith in our community and in the future. We see it every day in people’s commitment to help others and invest in a brighter tomorrow."

In June 1999, local philanthropists put The Dayton Foundation at $200 million, having opened 1,052 charitable funds-in June 2006, the number of funds was at 2,087 and assets climbed to $300 million. Furthermore, total contributions into The Dayton Foundation tipped the $55 million mark in calendar year 2012, the fourth quarter of which saw contributions of $26 million, the highest fourth-quarter total in the last 10 years.

"Concerns about the impending fiscal cliff and the ability to place charitable dollars in a simple and unusual charitable vehicle of The Dayton Foundation’s, called a Charitable Checking Account℠, played a role in this unparalled fourth-quarter influx of new funds,” Parks said. “The Charitable Checking Account Service gained over 100 new funds in an eight-month period-unprecedented. But what is most exciting is what this says about the strength of philanthropy in our community. I am so thankful for these incredibly generous people. This is very positive news for Greater Dayton-and evidence of something we should all be proud of.”

The Dayton Foundation is the regional community foundation for Greater Dayton. Since 1921, the Foundation has helped people to help others, managing charitable funds that have provided over 225,000 grants totaling more than a half-billion dollars to nonprofits over its 91-year history. 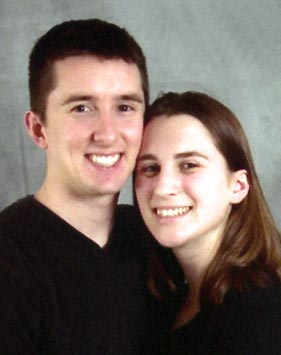 “To make a difference, we need to be more than ‘Band-Aid’ donors. We want to be involved in the programs we support. Through our Dayton Foundation fund, we feel that we can work with our community to realize its goals and be a part of its future.” – Frank and Becky Levinson, Family Foundation Plus℠ donors