Suzie Kreusch believes in "silver linings." When she and her husband Jon lost their four-year-old son Mark in a boating accident in 2007, it was this belief that led them to find the positive in something so unmistakably tragic.

"Mark had a zest for life that showed through in his smile and giggle," Suzie Kreusch said. "We want to carry on his spirit by doing things in the community that put smiles on other children’s faces, especially those who are less fortunate."

The Kreusch family’s desire to help children also was fueled by others who wanted to do something in Mark’s honor. Just days after their son’s passing, Suzie and Jon Kreusch established a Charitable Checking AccountSM (CCA) through The Dayton Foundation to receive donations. They since have converted the CCA into a permanent endowment fund of the Centerville-Washington Foundation, a component fund group of The Dayton Foundation, and named it the Mark Andrew Kreusch Memorial Fund.

"We chose The Dayton Foundation because of the flexibility and support we receive in carrying out our charitable wishes," Mrs. Kreusch said. "They have a good reputation in the community, but most of all they gave us the opportunity to continue our wishes in perpetuity."

Since 2008, more than $32,000 in grants from their fund has been distributed to help children in need. When possible, little reminders of Mark have been incorporated into projects supported by the fund. "For My Friends. Love, Mark Kreusch," is engraved on playground equipment purchased for Christ the King Preschool. As part of the renovations to a youth activity room at Oak Tree Corner, a center for grieving youth, the artist surprised the family by painting one of the characters in the room’s sports arena décor in Mark’s likeness. The fund also has helped to purchase 80 school supply kits for students at Grafton Kennedy Elementary in Dayton and sponsored a magic show for A Kid Again, an organization dedicated to children dealing with life-threatening illnesses.

This spring the fund will distribute its largest grant to date to Life Enrichment Center for the construction of a simulated city, featuring 10 scaled-down buildings, traffic signals, street signs and peddle cars. The site will be named "MAK Town Safety Village," in honor of Mark Andrew Kreusch, and will help kindergarten through fourth grade children learn bicycle and pedestrian safety.

"The grant from the Mark Andrew Kreusch Memorial Fund was crucial in our ability to move forward with MAK Town Safety Village. This program will enable us to impact the lives of countless at-risk children in the Miami Valley," said Jeff Sorrell, executive director of Life Enrichment Center.

Perhaps the most remarkable accomplishment of the fund is the family’s and other supporters' efforts to grow it. "The passion that people are committing to this fund is the same passion that Mark lived his life with everyday," Jon Kreusch said.

Past fundraising events include family nights at the Dayton Dragon’s field, the annual Mark A. Kreusch Memorial Youth Baseball Tournament at Action Sports Center and The MAK-A-Thon 100 Holes of Golf, a golf tournament in which 30 participants each completed 100 holes of golf in less than 10 hours. This event alone raised $63,000 for the fund.

"Mark absolutely loved sports. And to see his family and friends coming together to honor him at these events, I know this would make him so happy," Suzie Kreusch said. 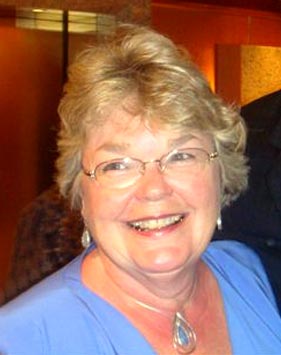