The Bach Society of Dayton Endowment Fund– 2013 awards grants to the Society, a choral ensemble of 60 singers dedicated to bringing the art of choral singing, both sacred and secular, to the community and to nurturing the next generation of singers. Contributors to the fund become members of the John Neely Encore Society that honors the group’s musical director since its inception in 2002.

Ronald D. Baker, Sr., Memorial Scholarship Fund – remembers the past chairman of Leisure Lawn, Inc., who believed in the necessity of continued educational opportunities for all individuals. This fund provides scholarships to Ohio State University students who are pursuing degrees in turfgrass management.

David R. Barth Fund – 1988 represents part of an estate plan that will provide income for the care of sick and disabled children by designated organizations. David Barth is a former airline pilot, whose family has deep roots in the Dayton area.

Fred And Joy Bartenstein Fund - 2001 will one day provide unrestricted income for community needs as they inevitably change. Fred Bartenstein, the first full-time director of The Dayton Foundation, and his wife Joy, established this fund.

Beavercreek Church of the Nazarene - Senior Adult Ministries Fund – 2015 assists in conducting programs in the Beavercreek community that benefit seniors. Founded in 1953, the church’s mission is to lead people to be formed in the image of Christ for the sake of others.

John A. Becker Electric Company Family Fund – 1984 honors the charitable legacy of the fund's initiator, Thomas E. Becker, Sr., former company president and son of the founder, who established the fund with shares of company stock.

Eugene and Georgette Belden Fund – 2003 serves to remember Eugene Belden, a devoted community volunteer, supporter of the arts and an expert gardener especially as a daylily hybridizer, by providing financial support to the American Red Cross Dayton Area Chapter and the Dayton Opera Association.

Bianca Bepler Memorial Scholarship Fund – 2014 helps Dixie High School graduates, who were four-year marching band members, to further their education. Bianca Bepler, a Dixie alumna who played trumpet in the school’s band, embraced life with a passion before her untimely passing at age 20.

Beran Family Foundation – 2017 supports nonprofit organizations, as selected by the donors. John Beran, retired COO of Comerica Bank, and his wife, Kathy, established the fund because they care about making a difference in the communities in which they work and live.

Berry Fund – 1986 perpetuates community–wide grantmaking by the Foundation’s Governing Board by providing discretionary grants to local charities. The fund was established in response to a challenge grant from The Ford Foundation.

John W. Berry, Sr., Scholarship Fund for Chaminade–Julienne – 1994 ensures that families with significant financial need can have the opportunity to send their children to this downtown Dayton parochial school. This fund was created by John W. Berry, Sr., a former Governing Board member of The Dayton Foundation.

Cindy Beyerle Memorial Scholarship Fund – 2014 enables Bishop Leibold School to award scholarships to deserving sixth- through eighthgrade students. Cindy Beyerle was a nurse, wife and mother and is remembered for her giving heart, humility, kindness and compassion for others.

Catharine Bieser Black Fund – 2011 celebrates the life of this successful businesswoman and community volunteer by awarding grants to area nonprofits. Though she had many interests, including world travel, horses and skiing, she cherished Dayton,“the Center of the Universe,” as she liked to call it, and her family most of all.

Catharine French Bieser Fund – 1986 honors Alfred W. French, founder of the French Oil Mill Machine Co. in 1901, and Grace Albers French, who outlived her husband by 50 years and took his place as head of the company and as a leading citizen of Piqua. Their daughter, Catharine French Bieser, initiated this advised fund to honor her parents.

Big Brothers Big Sisters of Greater Dayton Endowment Fund – 2003 will further the programs and operations of this organization that works to bring magic to the lives of Dayton area youth by helping them to develop nurturing relationships with adult volunteers.

Eric P. Bigler Endowment Scholarship Fund – 2016 helps graduates of River High School in Hannibal, Ohio, further their education by awarding scholarships. Despite an injury that left him paralyzed at the age of 15, Eric Bigler completed his bachelor’s and master’s degrees, has enjoyed a successful career in software testing for the Department of Defense and is a longtime community volunteer.

The Blakeney Memorial Fund – 1963 honors William J. and Margaret S. Blakeney. Their daughter, Virginia Blakeney, who studied art in Europe and later designed jewelry for Tiffany & Co., established this fund for the benefit of the Dayton Art Institute.

Boario Charitable Foundation – 2013 furthers the charitable interests of Gussie Boario and honors the memory of her late husband, William Boario, by awarding grants to nonprofit organizations. The Boarios, both retired Wright-Patterson Air Force Base employees, were married for 40 years.

Ruth and Emerson Booher Committee Advised Fund for Versailles, Ohio – 2009 honors the memories of the donors by supporting charities serving residents of Versailles, Ohio, as advised by a select committee.

Fenton and Jessie K. Bott Fund – 1984 generates grants for the care and treatment of children with physical disabilities. This fund was originally established in 1949 and later transferred to The Dayton Foundation. The Botts operated a dance academy in the historic Pollack House, which has since been moved to West Monument Avenue.

Robert E. Bowman Endowment Fund – provides operating revenue to Trinity Community of Beavercreek, a full-service retirement center, and carries the name of this retired serviceman from the U.S. Air Force, who also established The Ohio State University Athletic Scholarship Fund of the Foundation before his passing in 1996.

Monsignor Breslin Fund – 2013 pays tribute to the memory of this beloved pastor, teacher and seminary rector by awarding grants in his name to Archbishop Alter High School in Kettering.

Brighter Tomorrow Foundation Fund – 2009 works to improve the lives of individuals and families in Montgomery County who are touched by developmental disabilities, especially in the areas of housing, day-to-day quality of life, education and recreation.

Brightwell Family Memorial Scholarship Fund – 1999 was established by the family of Thomas O. Brightwell, Sr., a Dayton City firefighter (1929–1953), and his wife, Naomi, to award college scholarships to children of current or retired full–time Dayton firefighters.

Joel Broering Memorial Scholarship Fund – 1997 gives awards to St. Henry High School graduating seniors who participate in community service and plan to attend a college or university. It was created in memory of 17–year–old Joel Broering, who died after a two–year battle with leukemia.

Adam Broock Fund – 1994 honors Adam Broock, an Oakwood High School student who died in 1990 at the age of 16. The fund supports nonprofit organizations in his name.

Brookhaven Benevolent Fund – 1997 aids the Brookhaven Nursing and Care Center by providing assistance to its retired residents to improve the quality of their lives.

William T. Bryan Fund – 1998 honors the founder, who retired from the Duriron Company. He was a devoted volunteer, assisting elderly and disabled individuals in his later years. 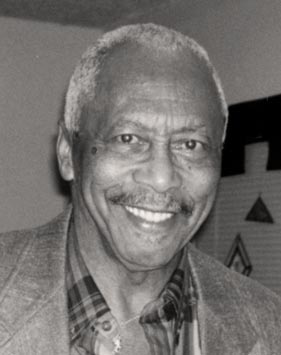 “If I’ve had any success in mhy own life, it’s been because somebody helped me along the way. I therefore have a responsbility to do whatever I can to help somebody else. We can’t live in this world alone.”
– George Cooper, founder of the Golden Thirteen Naval Schlarship Fund. » Read more.