Lysle D. and Jean M. Cahill Family Fund – 2000 awards grants for charitable and community activities. Lysle Cahill was an electrical engineer who co–founded Data Corporation and developed many patents for digital imagery systems used throughout the world. He and his wife, Jean, were married for 66 years.

Calvary Cemetery Beautification and Preservation Fund and Calvary Cemetery Sacred Art Fund – 2013 help to uphold a longstanding tradition of preserving the beauty and grounds of this 200-acre Catholic cemetery established in 1872. Grants from these funds also help the cemetery acquire and maintain religious monuments, statues and works of art.

Campus Ministry at Wright State University Fund – 1999 will provide for general maintenance of and capital improvements, including constructing a new chapel, to the Campus Ministry facilities at this local university.

Lena Cantor Family Fund – 2003 was established through a bequest by Lena Cantor in memory of her brother, Samuel, and their parents, Louis S. and Rose S. Cantor, to assist Dayton-area homeless people. Lena Cantor was a former president of the Residents' Council at Covenant House, which serves at-risk and homeless youth. She also was an avid lover of music, giving generously to the Dayton Philharmonic Orchestra for many years.

Carlisle Family Foundation – 2016 established by Tom and Elaine Carlisle, honors the memories of their sons, Andy and Dan Carlisle, by awarding grants to support scholarships for graduates of Northmont High School and educational enhancements for Northmont’s pre-K through sixth grade students.

Hampden W. and Erma R. Catterton Fund – 1991 provides charitable support for performing arts and cultural organizations within the Dayton and Miami Valley area. The donors had a strong commitment to the Dayton community. Hampden W. Catterton, a successful insurance agent, and his wife, Erma, moved to Dayton in the 1940s.

The Ken and Peg Champney Family Fund – 2003 enabled the donors to get maximum tax benefit in a year of windfall income and to distribute to charities over time.

Chance Family Foundation – 2011 supports worthy causes in Dayton and Miamisburg. Danette and Andy Chance, along with their daughters, Megan and Ashley, have a special interest in education and separately manage the Dr. Jane Chance Education Scholarship Fund through the Miamisburg Schools Education Foundation of The Dayton Foundation.

Children’s Charitable and Educational Trust Fund – 1967 benefits children and youth. William Henry Zwiesler, a photoengraver at Dayton Process Engravers and a collector of art books and medallions, created the fund.

W. A. Chryst Fund – 1995 provides unrestricted income to meet changing community needs in memory of William A. Chryst, an engineer who worked with Charles F. Kettering at Delco in the early days. The fund was founded by the estate of his daughter, Phyllis C. Fouts, an avid community volunteer.

CITYFOLK Jazznet and Permanence Funds – 1998 provide grants to the University of Dayton, for projects consistent with the mission of CityFolk, a former Dayton arts organization that promoted access and exposure to the best in folk, ethnic and traditional arts.

Cleary Family Fund - 2016 supports the charitable interests of Drs. Barbara and Michael Cleary by awarding grants to nonprofit organizations. Former owners and founders of PQ Systems, the Clearys were married for 50 years before Michael‘s passing in 2014.

Madge Cloppert Fund for the Senior Citizens Center of Greater Dayton – 1989 helps pay annual membership dues for older adults who would not otherwise be able to participate in the activities of the center.

John E. and Jean M. Coleman Fund – 1992 provides annual operating support for the Dayton and Montgomery County Public Library and the Boonshoft Museum of Discovery. John Coleman was an attorney who served on the board of the museum for more than 30 years. His wife, Jean, was a civic leader and trustee of the library for over 20 years.

Collett Family Scholarship Fund in Honor of the Classes of 1938, 1940 and 1942 – 1999 honors Don, Charles and Gene Collett, brothers and graduates of Waynesville High School, by awarding scholarships to Waynesville graduates attending an accredited college or university.

Community Foundation for Kettering Fund – 2001 was established through a generous donation from Kettering resident Lucille Seitz to foster cultural enhancements and quality of life improvements benefiting the citizens of Kettering. The fund will provide support when public funding is not readily available. Mrs. Seitz established the fund in memory of her husband, Frank H. Seitz.

Community Foundation of Miami Township Fund – 1998 was created by a group of township residents to support cultural, recreational, social, charitable and educational enhancement in the community.

Rob and Jayne Connelly Family Fund – 1999 provides support to charities of interest to these two community volunteers, who have played an active leadership role with Cox Arboretum’s capital efforts.

Philip B. and Katy W. Conway Fund – 1987 provides income to five local organizations, as directed by the estate of Katy Conway. She was the first woman to work at the Atomic Energy Commission Lab at Runnymede in Oakwood.

Beverly E. Cowden Opera Endowment Fund – 2017 distributes income to the Dayton Performing Arts Alliance for the benefit of the Dayton Opera. Beverly Cowden, a member of the Opera Guild of Dayton, is a longtime supporter of musical arts and education.

Rayman A. and Elizabeth A. Coy Fund 2000 remembers these two community leaders and benefits several social service, cultural and aviation organizations. Co–founders of Rack Processing Company, Rayman Coy and his wife, Elizabeth Heinrich Coy, were charter members of the Aviation Hall of Fame.

Francis Crosthwaite Fund – 1987 was created by a retired railroad worker who had a strong commitment to doing the best possible for the community. The fund is part of the Foundation’s discretionary grants program and provides funding to various charitable organizations that help children.

CTG Foundation Fund – 1999 is to support civic and charitable endeavors of the Dayton community and provides assistance to employees during life–threatening illness and educational scholarships to immediate family members. The fund was established by Cables to Go, Inc., a local manufacturer of custom computer cables and LAN/WAN network systems. 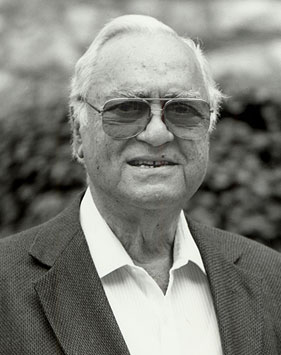 “The people who started The Dayton Foundation and those who became supporters were people I looked up to – the Pattersons, Bob Oelman, the Kohnles, David Rike.... I remember telling David Rike that I hoped some day to be like them. He had a tear in his eye. We all need people to look up to.”
– Victor J. Cassano, Sr., who has a Foundation endowed fund. » Read more.