John P. Kalaman Memorial Scholarship Fund – 1998 was instituted by the family and friends of John P. Kalaman, a devoted Centerville police officer, who died tragically in the line of duty in 1998. The fund awards scholarships to Centerville or Washington Township graduates considering a career in criminal justice, or to Centerville police employees/retirees or their immediate family members, to further their academic studies.

William and Sonnie Kasch Fund – 2000 provides charitable support to nonprofit organizations, as designated by the donors. William Kasch, president of Everybody's Workplace Solutions, and his wife, Sonnie, are longtime volunteers in the Dayton community.

The Stanley J. and Susan L. Katz Family Foundation – 2005 distributes income to the charities of the donors' choosing. Stanley Katz is founder and principal of ClientFirst Financial Strategies, Inc. Susan Katz is very active in the community and was named one of Dayton's Top Ten Women in 2001.

Marjorie Wendel Keenoy Charitable Fund– 2009 carries on the donor’s lifelong support of area charities by awarding grants to nonprofit organizations in her name. An avid golfer, Mrs. Keenoy was the first female awarded a varsity letter at Oakwood High School, and she played in the first women’s NCAA golf tournament.

Paul and Cynda Kehl Fund– 2007 created by the donors as part of their estate plan, designates grants to DePauw University and Ohio Wesleyan University. The Kehls were classroom teachers who took pride in promoting education and learning.

Myron S. and Bernice L. Kem Family Fund – 1999 honors the memory of the donors, Myron and Bernice Kem, by providing financial assistance to Ashland University and other deserving nonprofit organizations.

Virginia W. Kettering Dayton Holiday Festival Fund – 1989 promotes cultural activities carried out in connection with holiday celebrations in downtown Dayton. Virginia Kettering, a prominent businesswoman and philanthropist, founded the Dayton Holiday Festival in 1971. Representatives of The Junior League of Dayton help to advise the Foundation on specific uses of the fund's income.

Virginia W. Kettering Fund – 2000 was established by Virginia W. Kettering, one of the Miami Valley's foremost philanthropists, to further the public good. Along with her late husband, Eugene, Mrs. Kettering founded The Kettering Medical Center and was instrumental in the construction of the U.S. Air Force Museum, as well as the renovation and expansion of several prominent Dayton performing and fine arts facilities.

Robert H. and Enis N. Kissinger Fund – 1995 enables the Governing Board to make discretionary grants where the community most needs them. Their fund preserves this couple's wishes, conveyed to the Foundation through a letter written in 1987. They wrote, “...we know changes will continue [in Dayton] long after we are gone. We therefore wish to leave you a free hand in using the income... where it can do the most good. The health and happiness of future Daytonians is a goal worthy of all our best efforts.”

Dr. Rita Klosterman Scholarship Fund – 2006 honors the memory of this former elementary school principal and University of Dayton professor who devoted her life to education. The fund will benefit the University of Dayton College of Education and assist financially needy students attending any Roman Catholic elementary school in Montgomery County.

Peter Osborn Knapp YMCA Camp Kern Scholarship Fund – 2010 was established by Barbara Knapp in honor of her late husband's many years of volunteer service to the YMCA of Greater Dayton and his belief in the activities of YMCA Camp Kern. The fund will provide scholarships to children who otherwise would not be able to attend Camp Kern due to financial need.

Kohnle Family Fund – 1992 provides unrestricted funds for local charitable causes and was created as a response to a challenge grant from the Ford Foundation. John E. Kohnle established this fund in memory of his parents, Edward L. and Esther B. Kohnle.

Krug-Hibner Family Fund – 2001 encourages charitable, educational and religious activities for Catholic institutions. The fund was established by the children of William and Alice (Krug) Hibner to honor their ancestors.

The Kuntz Foundation Fund – 1987 provides grants to charities and was founded as a response to a challenge grant from the Ford Foundation. The Kuntz family founded a predecessor of PK Lumber Co. in the late 1870s.

Martin C. Kuntz, Jr., Memorial Scholarship Fund – 2013 honors the memory of this former president of the Peter Kuntz Company, World War II veteran and lifelong Dayton resident. The fund awards grants to the general scholarship fund at Hillsdale College located in Michigan. Martin Kuntz supported this institution during his lifetime, because he believed in its ideals and principles. 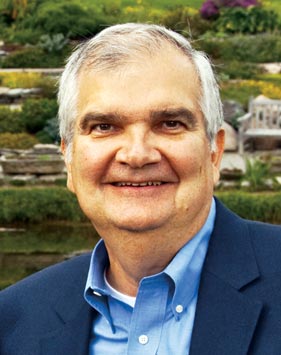 “I am a big proponent of The Dayton Foundation, which makes sure every dollar is put to good use. They are in a unique position to understand the community’s greatest needs. I hope others will join me in establishing unrestricted funds to help the Foundation increase its ability to undertake important community projects.”
– Jerry F. Tatar, former Governing Board chair and Foundation donor since 2003.