The Philip H. and Jean H. Wagner Fund– 2003 contributes support to charities, as determined by its founders, Philip H. Wagner, former president of The Wagner-Smith Company, and his wife, Jean.

Waldruhe Park Fund – 1980 maintains Waldruhe Park in Miami Township and was created by the Schantz Trust. Gertrude Schantz Weng significantly added to this fund in 1994 through a bequest.

Fred and Frances Walther Family Fund – 1988 finances charitable projects of interest to the Walther family. Frances Walther, a former nurse, and Fred S. Walther, a retired executive and consultant to the Dayton-Walther Corp., created this fund.

J. Edward Wasserman Endowment Fund of United Cerebral Palsy of Southwest Central Ohio – 1992 memorializes the founder and first president of the local agency that serves area residents who have cerebral palsy or other developmental disabilities.

Frank G. Weigerding and Marvene M. Weigerding Fund – 2000 provide perpetual income to the donors’ designated nonprofit organizations, including The Dayton Foundation, to address pressing needs in Greater Dayton. The funds honor the memories of Marvene and Frank Weigerding, who were married for 55 years.

Westminster Presbyterian Church Legacy Endowment Fund – 2004 will assist this regional church, in its downtown Dayton location, with its work to increase the love of God and neighbor.

Willard and Eva Werth Fund – 2005 carries out the charitable wishes of Eva Werth and her late husband, Willard.

Whitney Family Foundation – 2011 furthers the charitable interests of community advocates Betsy and Lee Whitney. Betsy Whitney is an emeritus member of The Dayton Foundation's Governing Board. Leon Whitney is a longtime volunteer at Carillon Historical Park.

Richard A. and Mary T. Whitney Fund for the Arts – 1999 celebrates the pleasure and joy this couple received from classical music by providing grants to arts organizations. Their son and daughter-in-law, Leon A. and Betsy B. Whitney, established this fund so others may share in his parents' love of the performing arts.

The Jeffrey K. Whittle and Margaret A. Cotter Fund – 2005 fulfills the charitable giving wishes of the donors.

The Winger Family Foundation – 2003 helps ensure the Winger family's future charitable support for the arts and programs furthering the betterment and enrichment of the community. The fund was established by William R. Winger, founder of Hyde Park Electronics, Inc., and his wife Carolyn (Toni).

Woodhull Family Fund – 1992 entrusts the Foundation's Governing Board with allocating income to assist the community where needs are the greatest. Bequests from James R. and Helen B. Woodhull created this fund.

Herman and Dorothy Worsham Fund – 2002 assists in the unrestricted purposes of The Dayton Foundation. Herman Worsham was a native Kentuckian who moved to Dayton in 1937 to serve as chief engineer of the national business department of Frigidaire.

The Wright Family Foundation – 2005 supports the preservation of aviation history related to Orville and Wilbur Wright, by funding research and publication of aviation history, scholarships for studies in the fields of aviation and aeronautics, educational programming, the restoration and display of aviation artifacts, and landmarks and memorials related to the Wright Brothers' story. Established by Wilkinson Wright, the Wright Brothers' grandnephew, the fund is advised by Stephen Wright and Amanda Wright Lane, great-grandnephew and grandniece.

The Ray Wright Memorial Scholarship Fund – 2006 grants scholarships to students employed by McDonald's Restaurant. Mr. Wright, a strong advocate of higher education and helping others reach their full potential, began his career with McDonald's at age 16. He went on to become the owner/operator of five McDonald's restaurants in the Miami Valley before he passed away in 2005.

Wright Patterson Forbeck Family Scholarship Fund – 2015 helps children of enlisted members of Wright-Patterson Air Force Base (WPAFB) to further their education. The fund honors the Forbeck family’s association with WPAFB, which began in 1941 when Eleanor and Clarence Forbeck started working at Wright and Patterson Fields. 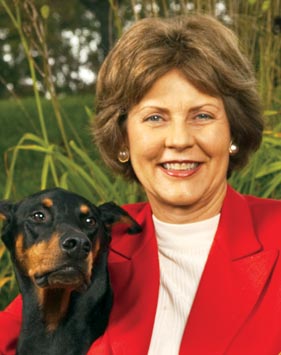 “I like the idea my fund will be here long after I'm gone, that Foundation people who care about the community will take care of them in perpetuity. I like that we're doing what people before us did, passing on something for the community's future.”
– Caryl Philips, Emeritus Governing Board Member and Foundation donor since 2001